There’s a reason the pitcher’s spot is number 1 on the scorecard. Every play in baseball begins at the mound. The pitcher controls the tempo, and he can easily make or break a game for his team.

Sounds like pitchers should be the most level-headed, grounded players on a team, right? Au contraire.

MLB pitchers are often a little zany, a little off-kilter, a little not right. And relief pitchers are the oddest of the lot. Maybe there’s something about waiting to enter the game until the late innings or facing few batters that cause these specialists to waver a few ticks shy of the looney bin.

We decided to celebrate eccentric bullpen dwellers by compiling a list of our five favorite off-the-wall relievers in MLB history.

These guys can’t be measured by the conventional numbers that baseball fans love. You can collect advanced stats or research teams to bet on World Series odds at a sportsbook, but these kooky hurlers could shift the outcome of games in unexpected ways

Wilson was one of the game’s most dominant closers during his nine-year run with the Giants and Dodgers. He was a World Series champ and represented San Francisco in three All-Star Games.
The eccentric pitcher is best remembered for his quirky personality and trademark beard. Wilson began growing his bushy chin-warmer during San Francisco’s race to the pennant in 2010.

Many fans speculated Wilson dyed his beard jet black, but he simply referred to it as ‘tanned’ because the Giants played a heavy slate of day games. Either way, “fear the beard” became a Bay Area battle cry each time Wilson took the mound

Hrabosky performed a strange routine throughout his 13 seasons in the big leagues. The “Mad Hungarian,” as he was called, would take a few steps from the mound toward second base, pause for a moment in meditation, and then slam the ball into his glove as he stomped back to the mound.

While the movements looked like the random kookiness of an unhinged man, there was a method to the madness. Hrbosky first developed his ritual in 1974 as a way to get psyched up and focused on the game. 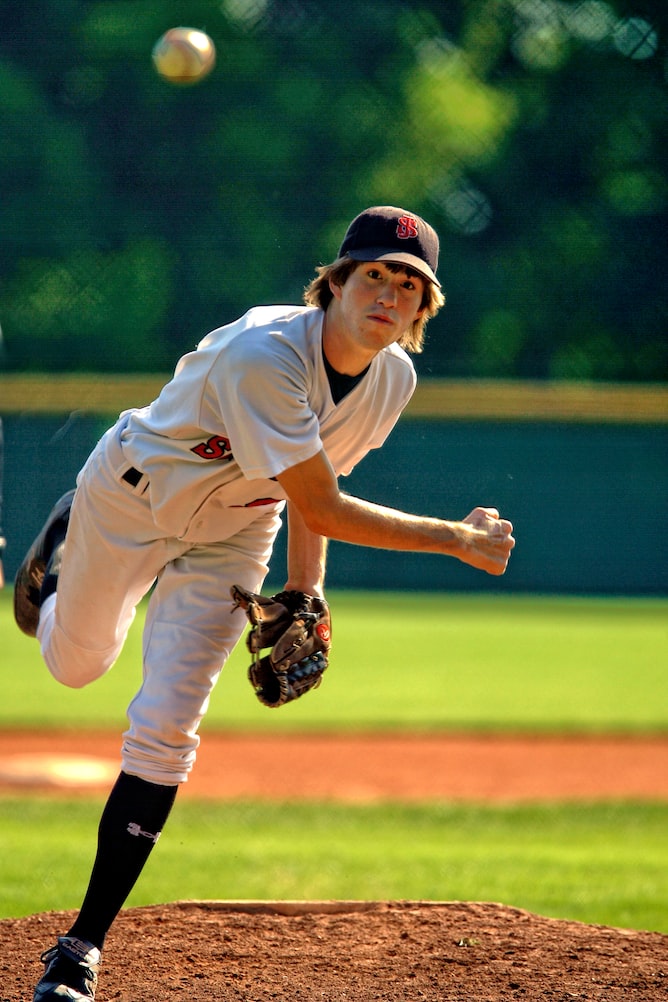 If relievers march to the beat of their own drummers, Bill “The Spaceman” Lee was his own marching band. A Beantown legend to this day, Lee spent 1969 to 1978 with the Red Sox before wrapping up his career with the Expos.

Lee delighted fans and baseball writers with colorful quips and outlandish behavior immediately upon arrival in Boston. During his first tour of Fenway Park, he looked at the Green Monster, Fenway’s iconic left field fence, and asked, “Do they leave it there during games?”

Lee feuded with Red Sox skipper Don Zimmer throughout the 1978 season, publicly criticizing Zimmer’s use of the pitching staff and arranging pranks with teammates. The rebellion led to Red Sox management trading away Lee’s best friend Bernie Carbo, and eventually Lee himself.

A journeyman reliever, Wendell provided solid late-inning insurance for the Cubs, Mets, Phillies, and Rockies during his various MLB stops. Still, he’s more remembered for his in-game antics than his pitching performance.

Wendell was one of the most superstitious players the sport has ever seen. He would chomp on four pieces of licorice before pitching each inning and brush his teeth in the dugout between innings.

Besides making his dentist proud, Wendell had a few peculiar behaviors when taking the field. He often waved to the center fielder, spiked the rosin bag like a football, and would leap over the foul lines like a kangaroo.

How could a flamethrower nicknamed ‘Wild Thing’ with a glorious curly mullet—who began his career in the ‘80s, nonetheless—not make our list?

Williams is here for good reason. It was always a party when Wild Thing took the mound. Sometimes the party was for Williams’s squads. Other times the opposition did the celebrating. Wild Thing was lights out when he was in command of his high-90s fastball. Batters feasted when he lost control.

Just consider Williams and the 1993 Phillies, a squad packed with huge personalities. Wild Thing dominated for much of the season, posting a career-high 43 saves. Unfortunately, he made a bad pitch when it counted most and surrendered a famous walk-off home run to Joe Carter as the Blue Jays defeated Philadelphia in the World Series.