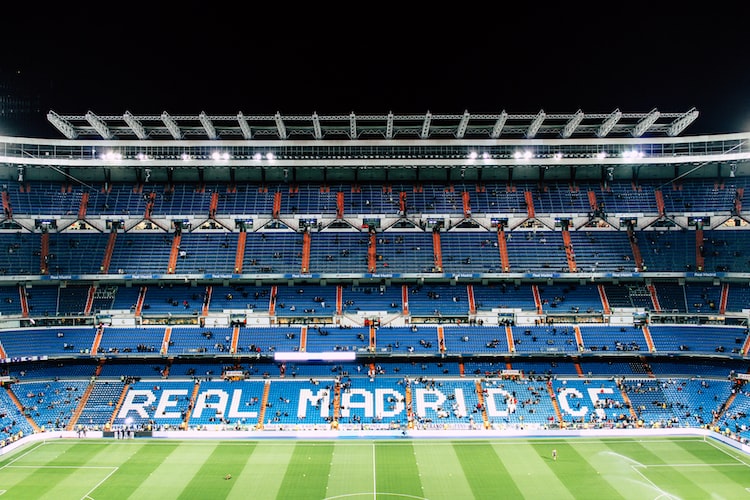 The Champions League is one of the biggest trophies for football teams right across Europe. It has the prestige in line with many of the domestic leagues right across the continent, with many supporters celebrating a Champions League win just as much. A prime example of this is the Liverpool victory of the title in the 2018-19 season, which saw a huge open top bus parade around the city, with fans lining the streets to see the reds show off their latest silverware.

At these early stages of the 2019-20 Champions League competition, it is too early to tell who will win. However, here is a look at the teams that are the main contenders for the title which will be decided in early June at the Atatürk Olympic Stadium in historic Turkish city of Istanbul.

Off the back of their record 6th Champions League victory in 2019, Liverpool are certainly one of the favourites to win again in 2020. Whilst few teams have won back to back victories, Liverpool are strong contenders to pull this off, particularly since the team's line up is mostly unchanged and is looking just as strong as it was last season. The victory last year was the first major trophy for Jurgen Klopp as Liverpool Manager, which was shortly followed by their win of the Super Cup. Liverpool may be looking to end their Premier League drought, which spans 30 years so may prioritise that over the Champions League if a choice is necessary.

Manchester City are yet to ever win the Champions League, and have struggled to get to grips with the latter stages of the competition in recent years. The blues have dominated Enligsh football for the last few years, and stopped Liverpool winning the Premier League last year, despite scoring more points than most winning teams have ever scored. Their winning streak has been record breaking, with them being the only team to ever win the English football treble (the Premier League, FA Cup, and Carabao Cup) in the 2017/18 season.

In the reverse of Liverpool, Manchester City are craving victory in Europe and they certainly have the players to be able to do it. The key will be whether they can finally break past the quarter finals, something that the team has never done in its history.

The Catalan team have not won the Champions League since 2015, and have suffered some heavy defeats in recent years, including a 3-0 away defeat to Liverpool in last year’s semi-finals. They continue to have a strong lineup, with a number of major signings adding to the existing team. Proof of this is demonstrated by Messi scoring more goals than any other player in last year’s Champions League, with a total of 12 balls netted.

Real Madrid are the most successful team to play in the Champions League, with 13 trophies to their name. However, their three year run of victories was brutally brought to an end last year when they were beaten by Ajax in the last 16. Zinedine Zidane has returned as manager after leading the team to its 2016, 2017, and 2018 victories, and has made a number of expensive purchases, including Luka Jovic who moved from Eintracht Frankfurt for £62m.

Bayern Munich were knocked out in the final 16 last year by Liverpool, making 2018-19 the first time in the last seven seasons where the team has no made it to at least the semi final. The team has seen a number of changes to its lineup over the summer, so will be more of an unknown quantity heading in the 2019-20. Despite this, they remain a strong contender for the Champions League this season.

Overall, the strongest contenders for the Champions League title in 2019-20 will be the English sides. Liverpool and Manchester City are performing exceptionally and will likely be rivals at home and on the continent. Whilst the big hitters of Europe will also be in contention, the best odds continue to be on the English sides. That said, the performance in the game is all that matters and a last minute upset is a regular occurence in the Champions League.